The historical knitters museum in Leicester.

Wigston Framework Knitters Museum is located in Wigston a few miles south of Leicester.  The site contains examples of frameshops that mark the transition of the industry from its domestic origins to a factory-based industry. 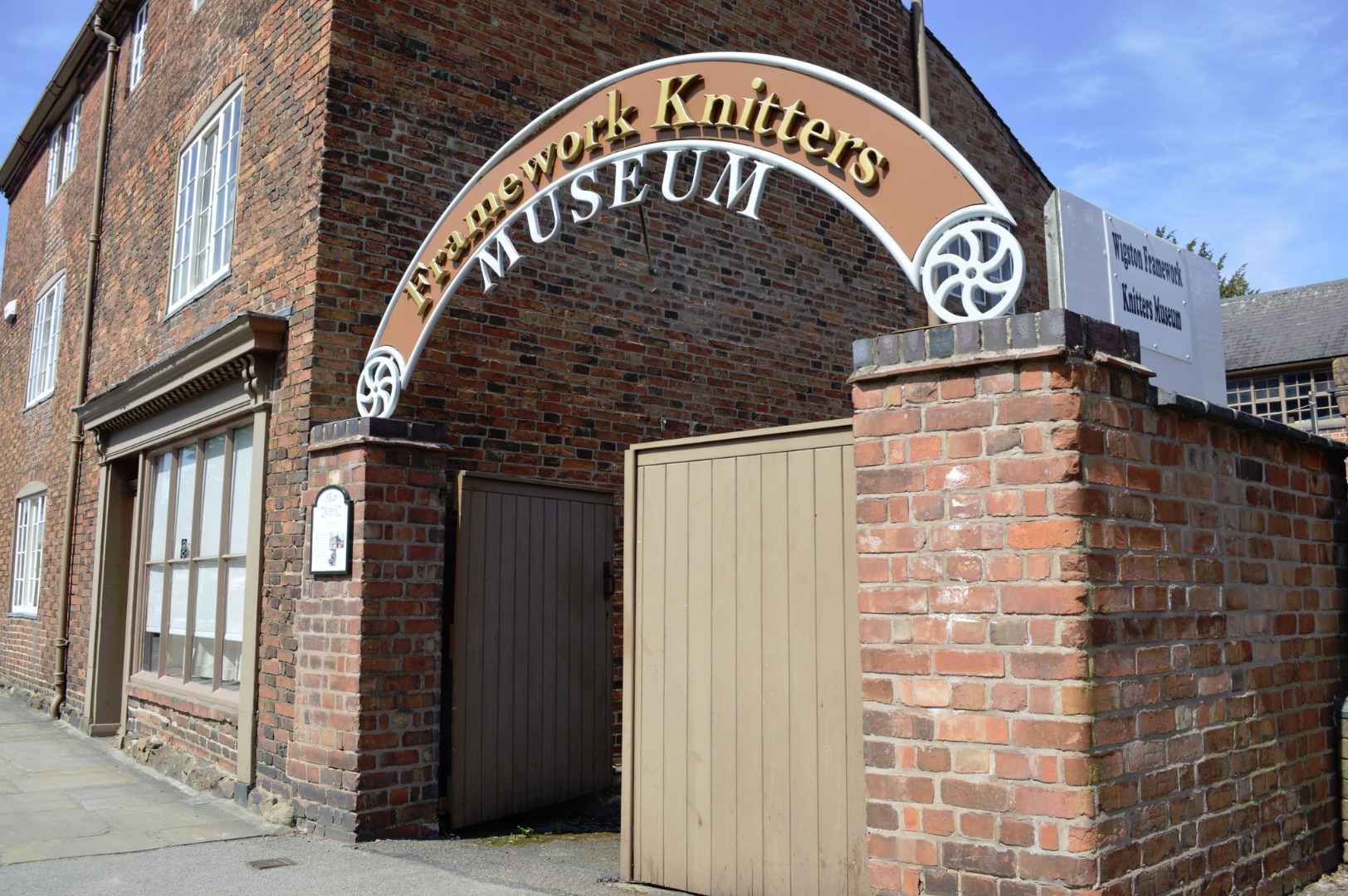 Number 42-44 Bushloe End, Wigston Magna, is a Master Hosier's house with a two storey Victorian frameshop in the garden. The house dates from the last years of the seventeenth century and shows signs of various alterations. At the rear is a cobbled yard with a water pump. A two storey workshop extension has been added to the rear of the house. The brick floor of an earlier frame shop can be seen in the garden, not unusual for this part of Leicestershire, with its long tradition of worsted knitting.

The museum is unique, because when the last master hosier, Edgar Carter, died in 1952, the workshop was locked and left. Inside on the ground floor were eight hand frames for making gloves, mitts and fancy ribbed tops for golf hose, together with all the needle moulds and tools associated with each machine. Evidence of an earlier building can be seen at the front of the house, where at ground level, a stone rubble foundation is clearly visible. During the later years of the 17th century the house was rebuilt in brick. At this time the building was extended up to the neighbouring Cruck cottage and a fireplace and chimney were added to the front parlour, together with an additional front door.

If the West gable is studied, the evidence of the neighbouring thatched roof and front wall can be seen about two metres back from the face of number 42. The brick front of the house was constructed in Flemish bond i.e. alternate headers and stretchers, the headers being a darker colour than the stretchers. This was an effect of the 'clamp' method of firing bricks in the kiln. At first floor level the pattern of the brickwork changes and the brick headers have been formed to a diaper pattern. The craftsmanship in the first floor brickwork is markedly better than that on the ground floor, indicating a two-stage construction.

The floors of the second storey rooms are made of a composite. concrete-like substance on top of a thick mat of reeds, on top of heavy beams and joists. This is typical of many Leicestershire farm houses. The East and West elevations clearly show the steep pitch of an earlier roof, most probably thatched, curving up and down over the upper windows in 'eyebrow' fashion. Later reroofing in slate required a level gutter line, achieved by raising the front wall to the tops of the windows and building up the gable ends to suit.

The 19th century addition was the two storey extension at the rear, filling in the original L-shaped plan of the building. The extension was used as a two storey workshop for grafting and mending. The typical long windows have been preserved intact. In the second half of the 19th century a single storey workshop, since demolished, was built in the garden, in which were knitting frames. Evidence of the roof line is visible in the brickwork of the North wall of the shop and the South wall of the old toilet block.

The last stage of the development seems to have been the building of the two storey workshop in the garden. in 1890. This is very late for such a home-based industry, but it is evident that a living could still be made by hand-frame knitting if one specialised in gloves and fancy sock tops. It is this workshop, with its eight original knitting frames and typical long multi-paned windows, which is the real gem of the museum. 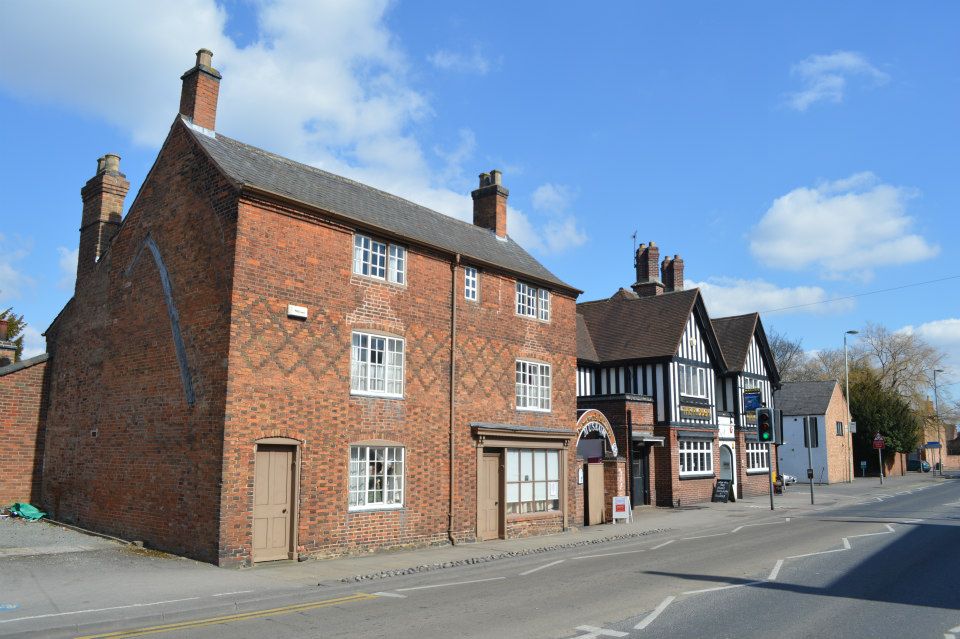