Inventor of the Derby Rib Machine. 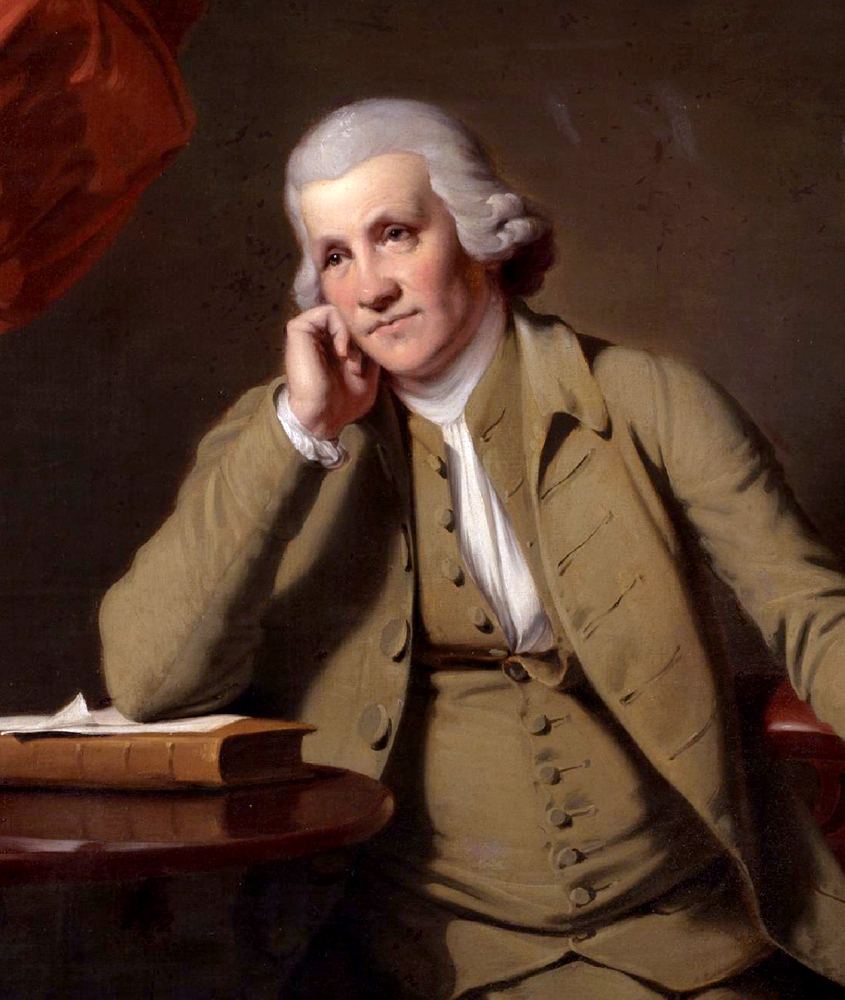 Jedediah Strutt was born 25 July 1726 in South Normanton, Derbyshire.  He was the son of William Strutt, a farmer, and Martha Statham.  After showing an early interest in mechanics, Strutt was apprenticed at the age of fourteen to Ralph Massey, a wheelwright from Findern near Derby.  There he lodged with the Woolatt family.  Findern also happened to be the base of the Nonconformist Academy with Ebenezer Latham as its headmaster.  Latham, as a friend of the Woolatt family, became a key influence on Strutt's early life, encouraging him to expand his learning.

After completing his apprenticeship, Strutt possibly went to Leicester and continued to practice the profession of his apprenticeship.  Shortly before 1755 he returned to Blackwell, a village to the north of South Normanton, where he had been left a farm by his uncle.  There he married Elizabeth Woolatt, the daughter of the family he lodged with as an apprentice.

With the farm providing a modest income, Strutt began to experiment once more with mechanical devices.  His attention turned to the development of machinery to work in the thriving and expanding local knitting industry.  As a small time hosier he started to gain an insight into the industry and the opportunities that existed.  His brother-in-law, William Woolatt, who had served an apprenticeship in the industry provided further knowledge.

Woolatt highlighted that a particular problem in machine knitting was the capacity to knit a ribbed fabric.  Strutt experimented and eventually discovered that by adding a vertical set of needles to the frame, a column of reversed stitches formed a ribbed fabric.  In 1758 and 1759 he applied for patents for the Derby Rib Machine.  Strutt and Woolatt formed a partnership to exploit the new machine with Samuel Need, a hosier from Nottingham, as the third partner and financial backer.  The business began to prosper and expand.  Strutt later founded a silk mill in Derby to supply local hosiers with quality yarn.

The growing popularity of cotton as a cheaper alternative to silk, encouraged Strutt and Need to support Richard Arkwright following his arrival in Nottingham.  In 1771 Strutt, Need and Arkwright met and agreed the details for the construction of Cromford Mill.  Strutt and Need built further mills at Belper in 1778 and Milford in 1779.  With the death of Need in 1781, Strutt dissolved the partnership with Arkwright as he was concerned about Arkwright's ambitious plans.

Belper had an established knitting industry prior to Strutt's arrival.  Building upon this early start, Strutt continued to expand his operations in the town and the North Mill was built in 1786.  A man with a strong religious ethic, Strutt built workers' cottages around the mills at Belper and Milford.  In 1788 he built a Unitarian Chapel to serve the local community and provide a Sunday School for the town's children.

Following the death of Elizabeth in 1774, Strutt married an Anne Daniels in 1781.  On 7 May 1797, Strutt died and was buried in a vault under the Unitarian Chapel he built in Belper.