By the second half of the nineteenth century a wide range of clothing items was available for people to wear. Shops were selling ready to wear clothing to the mass market. 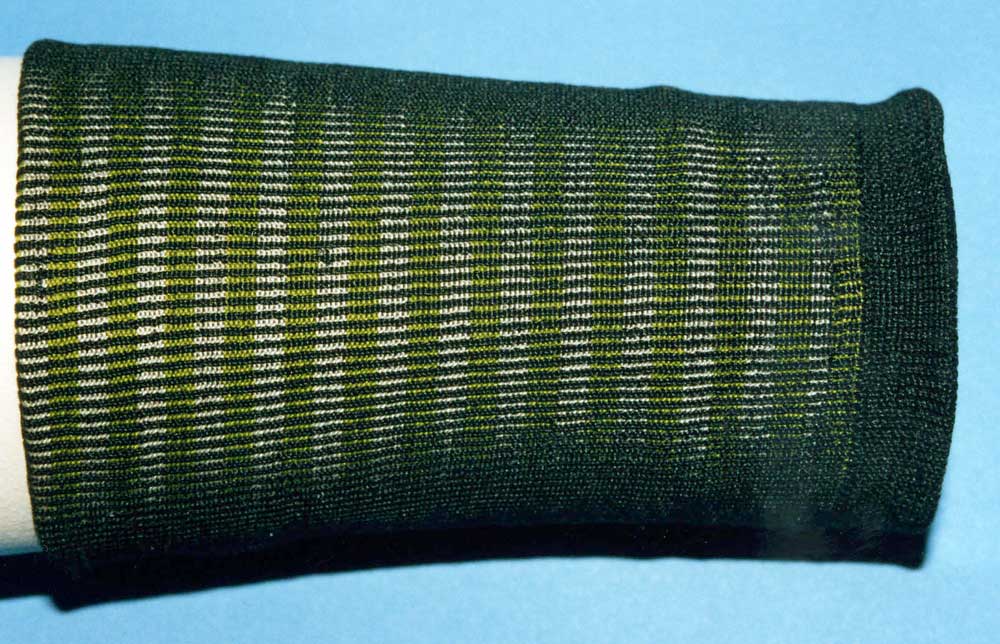 Men's coats and waistcoats were often made of the same fabric and worn with contrasting plain or checked trousers in the 1850s and 1860s, followed by stripes in the 1870s.  Frockcoats were formal day wear, tail coats were worn in the evenings.  In general, coats became looser in the 1860s and 1870s, tightening up in the 1880s and 1890s.  The lounging jacket introduced in the late 1840s for seaside wear was smartened up and with matching waistcoat and trousers became the lounge suit.  The evening version of the lounge suit was introduced in 1888, becoming the 'dinner jacket' ten years later.  Originally it was only worn when ladies were not present.

Socks continued to develop in men's fashions and replace stockings.  Cotton, wool and merino (a thread of cotton and wool) were widely used to knit socks and silk was occasionally used for expensive luxury socks.  From the 1850s to 1880s even bands of two different coloured yarns were used to provide a decorative finish.  Gradually designs became more complex and multicoloured bands were created.  The availability of new chemical dyes encouraged the production of brightly coloured socks.  In the 1890s, black, scarlet, bright blue and green dyes were regularly used.

In women's fashions the skirt hem touched the ground and petticoats bulked out the skirt.  A support of steel hoops and tapes was introduced in 1856 as an alternative to petticoats.  By the end of the 1860s, the bustle was in fashion.  The bustle was flat at the front and used a wire frame to make the skirt project to the rear.

Many of the dresses worn over these various forms of support were made in two pieces, the skirt and the bodice.  The bodice increasingly became tighter at the waist as fashions turned to the small waist look.  Sleeves were flared from the 1850s to the 1860s, tight in the 1870s and 1880s, and very large and puffed in the mid 1890s.

The bustle went out of fashion in the late 1880s and was replaced by a long skirt that fitted closer to the hips.  The thin waistline continued and bodices were boned to help contour the body.  Jackets worn with blouses and skirts also became popular at the end of the century.

Increased wealth in the Victorian period enabled women to have many pairs of stockings in their wardrobe.  With a number of stockings to choose from, women were able to match their stockings to the colour of their dress.  The fashion for co-ordinated dresses and stockings became significant when wearing wire framed skirt supports that had a tendency to swing and reveal the stockings worn beneath.  Other accessories, such as bonnets, boots, parasols, gloves and handbags, were also selected in a matching colour to provide an exclusive outfit.  Chemical dyes were used to produce a wide selection of coloured stockings including magenta, olive green, moss green, plum, maroon, grey, blue, scarlet and black.  Black stockings were popular in towns for their ability to hide dirt.

In the 1880s, Dr Jaeger promoted the benefits of woollen clothing.  At the 1882 International Health Exhibition he recommended that knitted natural wool clothes should be worn as they did not compress or distort the body and were more comfortable to wear.  Woollen vests and underpants had gained popularity from before 1850 and from the 1880s were often joined together to form what were known as combinations.