William Lee invented his knitting frame at a time when the demand for knitted stockings was increasing. Stockings became an important part of men's fashions during the fifteenth and sixteenth centuries, and can be seen in many portraits of the time. 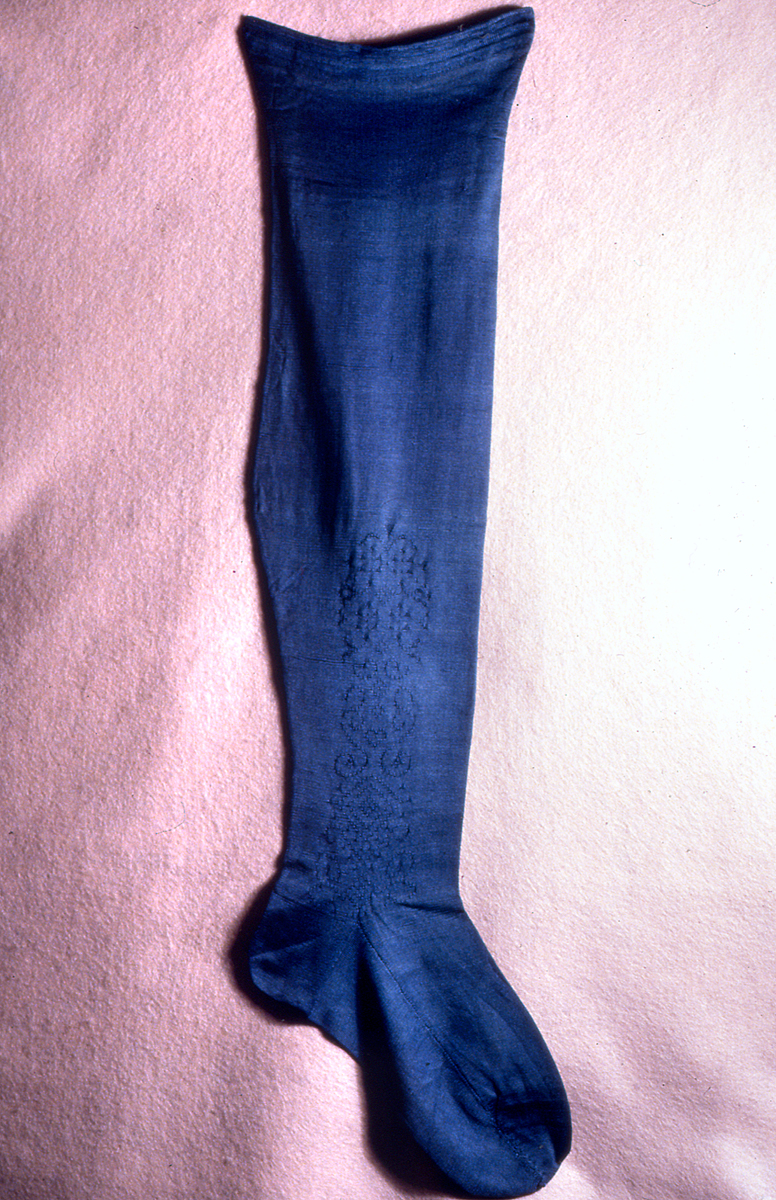 Henry VIII is frequently shown wearing stockings, shirt, skirted doublet, covering breeches and a gown.  Up until the 1570s the stockings were usually made from a woven material, cut to shape and sewn together.  Hand knitted stockings of worsted yarn were also available as an alternative during the sixteenth century.

Early hand knitted silk stockings were imported from Spain and Italy.  Sir Thomas Gresham presented a pair of Spanish silk stockings to Edward VI (1547-1553).  The smooth silk finish of the stockings was achieved by knitting with pins made from fine wire.  Decorative designs, known as clocks, were created with gold and silver threads to add status to the finest pairs.

By 1589 fine silk stockings were regularly worn by men at the Elizabethan royal court.  When William Lee first applied to Queen Elizabeth for a patent for his knitting frame, the coarse woollen stocking presented to Elizabeth was quickly rejected.  Such a stocking had no place at court.

During the sixteenth century, the ladies of the court also began to wear stockings.  Generally these were simpler in design than those worn by men and were hidden underneath long dresses and gowns.  Hand knitted gloves and sleeves were also worn.

Knitted caps were worn in the fifteenth century and continued in popularity for much of the sixteenth century.  Those that survive are often 'flat caps' with a circular or half-circular brim and a flat crown.  The famous Monmouth cap was head-hugging with a double brim and a button at the top.  Seventeenth century knitted caps often have deep crowns.  There were various cappers' acts to protect the industry.  The most famous of these was Elizabeth I's statute of 1571 which directed most of the population above the age of six to wear a knitted cap on Sundays and holy days or be fined.